More investment has been channelled into building specialised industrial parks to meet the burgeoning business demand in the southern region. 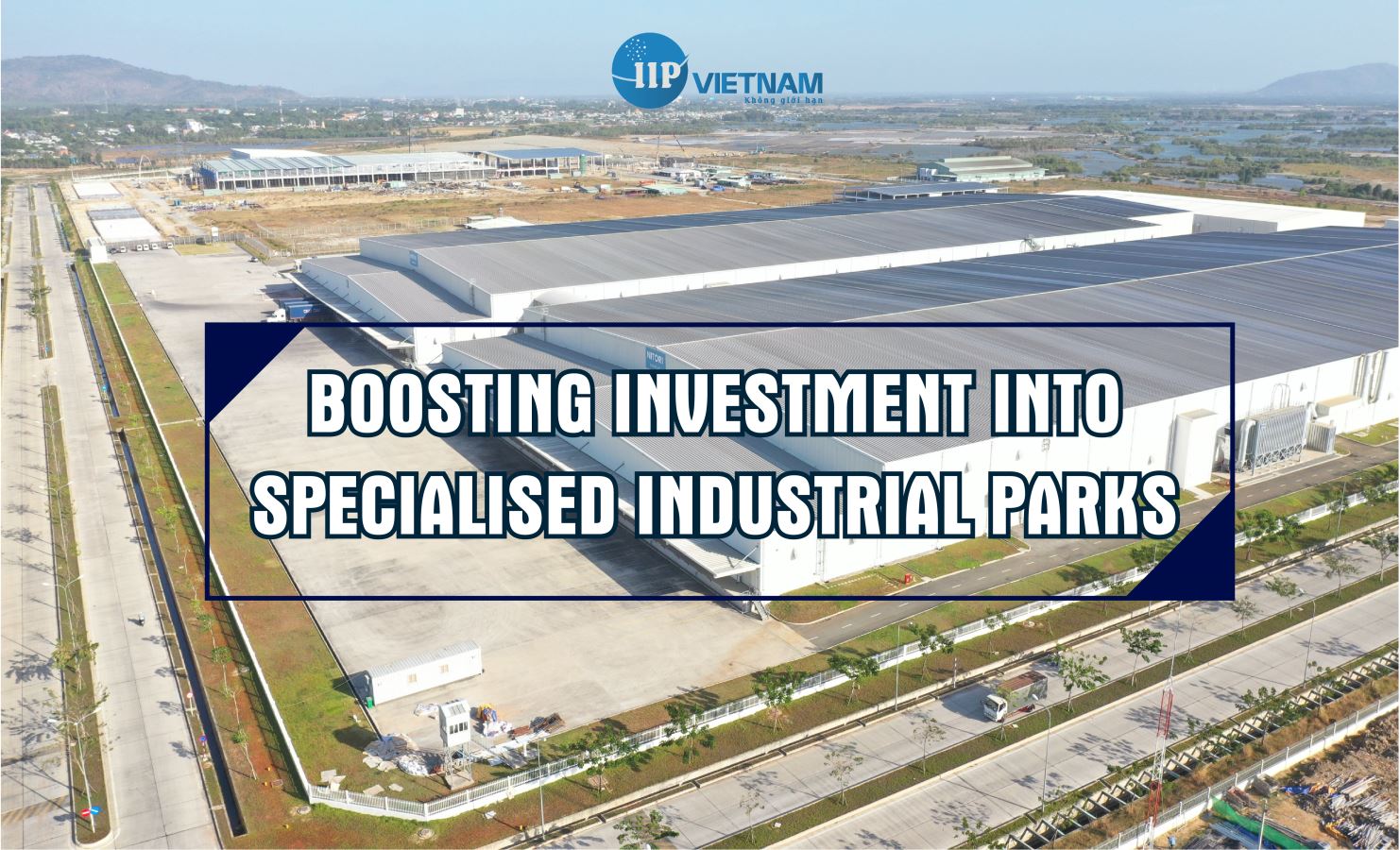 The remaining vacant space is tight while it is impossible to expand the park to surrounding areas as no more land bank is left.

As this IP specifically caters to high-tech and environment-friendly industries, it appears as the top choice for Vie-Pan Techno Park's expansion plan.

Vie-Pan Techno Park was licensed in 2013 with more than $31 million of total investment capital.

This is the first IP and industrial cluster (IC) model in Ho Chi Minh City set to attract Japanese small- and medium-sized enterprises (SMEs) operating in the supporting industry. In fact, the model has made important contributions to courting leading global high-tech players to Ho Chi Minh City.

This also serves as a model to create similar projects in the future, helping to lure Japanese and other foreign investors to the city and Vietnam as a whole.

In Dong Nai province, according to Masahiko Makata, CEO of Long Duc Investment Co., Ltd., Long Duc IP has just been approved by the relevant management agency to expand its area by an additional 299ha in the second phase.

The IP’s first phase was put in operation in 2013 on more than 282ha space and until present its, almost all of this space has been leased out.

Accordingly, the more than 77ha Long Giao IC in Cam My district will dedicate 50 per cent of its space to food and agricultural item processing, and Phu Tuc IC in Dinh Quan district envisages setting aside 60 per cent space for such projects.

For instance, in Binh Duong province Becamex IDC – one of Vietnam’s largest real estate and infrastructure developers – has just proposed expediting a project on establishing a science and technology industrial park to attract both leading players, SMEs, and startups in key industries of high added value.

Nguyen Viet Long, deputy general director of Becamex IDC, unveiled that they are pushing up plans for the project for submission to authorised management agencies.

Simultaneously, they have also taken the initiative to work with investors in high-tech manufacturing and infrastructure developers from the Netherlands, Japan, and South Korea.

In Ho Chi Minh City, Ly Kim Chi – chairwoman of the Food and Foodstuff Association of Ho Chi Minh City (FFA) – said that the FFA has proposed the city leaders to invest in an IP tailored for businesses in food and foodstuff processing.

This IP project would cover 100ha and be located in District 12 or Binh Chanh district.

“This will help firms scale up production to supplement supply to domestic and export markets, and also helping to reduce the number of firms relocating to neighbouring provinces,” said an FFA representative.

BAC GIANG COMMITTED TO PROMOTE INVESTMENT IN INDUSTRIAL REAL ESTATE... Welcoming FDI inflows from China, what will be considered... Samsung to shift its monitor manufacturing facilities to Vietnam IIP VIETNAM PROVIDED SERVICES THE 2020-2025 PERIOD WILL BE A GOLDEN OPPOURTUNITY FOR VIETNAM... Panasonic started the wave of factory relocation to Vietnam -...