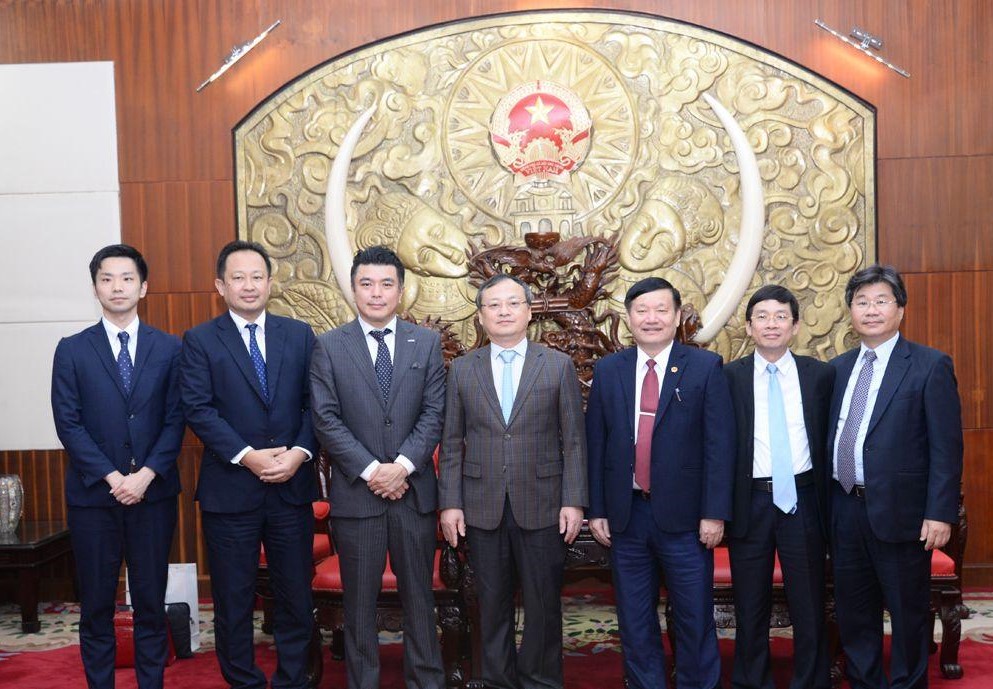 The leaders of the province took photos with the delegation

At the meeting, the representative of Panasonic Vietnam Company expressed his desire to learn about the investment environment in Hung Yen to promote investment and investment plans in the province in the future. The company wants the province to continue to create favorable conditions during the company's operation in the province, especially the training of highly qualified and technical workforce. 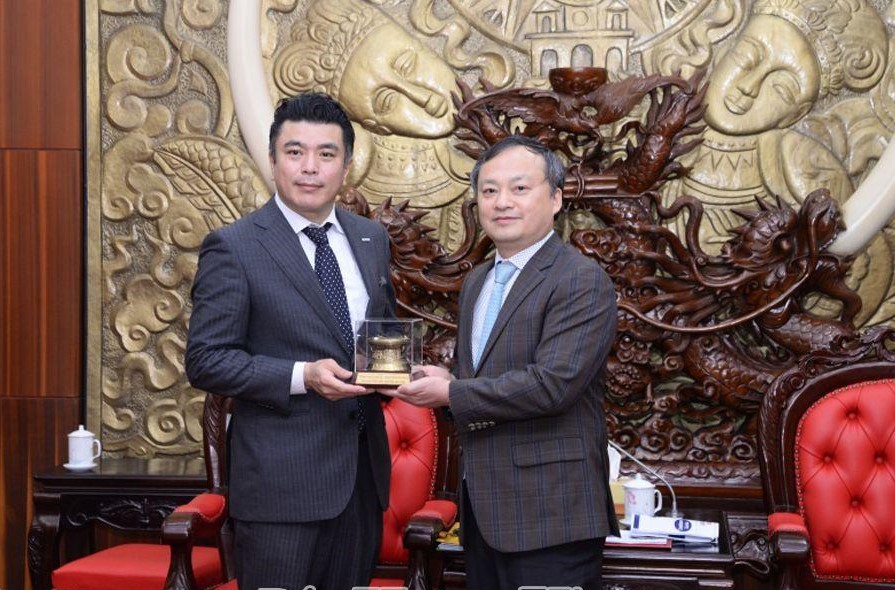 Mr. Do Tien Sy, Secretary of the provincial Party Committee presented the representative of Panasonic Vietnam Company to the Dong Xa drum.

Speaking at the meeting, Mr. Do Tien Sy, Secretary of the Provincial Party Committee, expressed his pleasure to welcome the delegation to visit and work in the province. Mr. Secretary of the Provincial Party Committee highly appreciated the contribution of Japanese enterprises to the province's development in recent years, and hoped that more Japanese enterprises would invest in Hung Yen in the near future.