Panasonic started the wave of factory relocation to Vietnam - Golden opportunity for Vietnam's industrial real estate to strengthen its position in the international industrial property market.

Panasonic started the wave of factory relocation to Vietnam - Golden opportunity for Vietnam's industrial real estate to strengthen its position in the international industrial property market. 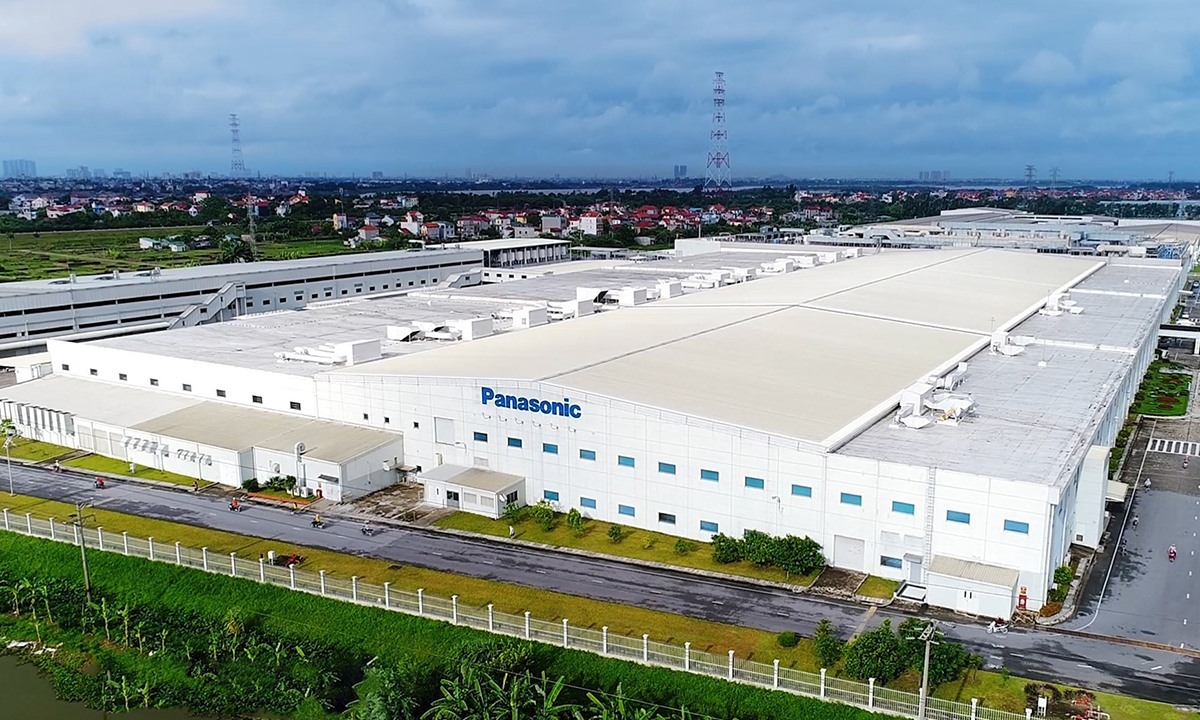 OSAKA -- Panasonic will shut down a large appliance factory outside Bangkok as early as this fall and consolidate production to a larger facility in Vietnam for greater efficiency, Nikkei has learned.

This movement is not too surprising because Vietnam is always an attractive destination for foreign businesses with a young and more mobile workforce than other countries in Southeast Asia.

Besides that, the infrastructure systems, transport systems, waterways, warehousing systems - are relatively good, the political situation is stable and the fastest economic growth rate in the world is also plus points for Vietnam.

“The Thai plant will stop producing washing machines in September and refrigerators in October. The building itself will be closed by March 2021, and neighboring research and development centered will be shuttered as well.

The roughly 800 employees currently working at the Bangkok plant will be dismissed. However, they will receive help in finding a different position within the group.

With the move to Vietnam, Panasonic seeks to reduce costs through consolidating parts procurement. The Vietnam plant, located outside Hanoi, is the company's largest manufacturing hub for refrigerators and washing machines in Southeast Asia and has excess capacity.

The plant location is considered a wild choice of Panasonic, since the outskirt of Hanoi is the most prosperous area with a sufficient workforce, the proximity to larger harbors, airports…

The move is considered marking a new phase in the manufacturing sector in the Southeast Asian area. From the 1970s, Japanese electronic firms had relocated their domestic manufacturing to Singapore and Malaysia when the Japanese yen hiked leading to the reduction of competitiveness in price in Japan.

The well-known Panasonic is not the only foreign manufacturers shifting to Vietnam. Earlier this month, some local reports cited that with Apple's recruitment of a number of positions in the two biggest cities in Vietnam, industry experts say that it wants to build a plant here so as to increase outsource manufacturing to Vietnam.

Since the end of February 2020, it is noticed that Apple has continuously been announcing vacancies for senior position recruited personnel in the two major cities Hanoi and Ho Chi Minh City. Apple's recruitment information is posted on its official website and Linkedin, and the vacancies include engineers, managers in a number of parts such as software development, production quality control, sales, and supply chain, among others.

Jones Lang LaSalle (JLL) Vietnam later this April said in a recent statement that multinational manufacturers have been setting up operations in Vietnam for a number of years and this trend is poised to strengthen.

“This movement has accelerated over the past 12-24 months, with companies looking to diversify their operations and supply chains due to tariffs on goods exported from China to the United States. More companies are expected to follow suit, as the cost of production rises,” said JLL Vietnam.

In recent years, multinationals like Samsung, LG Group, and a plethora of Japanese manufacturers have been moving factories from China and other countries to Vietnam.

Nintendo, a video game company, transferred a part of its Switch Lite game console production to Vietnam earlier this April. Komatsu, a manufacturer of motor vehicles and construction machinery, manufactures components at its factories and partners in China. But because of the COVID-19 epidemic, Komatsu is shifting its production line of components used for motor vehicle frames and wiring sets to Japan and to Vietnam, reported by Investment Bridge.

VinaCapital in its report stated the view that the Covid-19 pandemic will ultimately benefit Vietnam’s economic prospects by accelerating companies’ efforts to re-locate production to the country.

It is not hard for foreign companies to move to Viet Nam since Viet Nam is always open and welcoming to foreign investors through the actions of updating and adjusting investment regulations. Vietnam continues to implement preferential policies to attract foreign investors such as corporate income tax exemption and reduction, import tax exemption for some industries, rent and land use exemption, etc.

“FDI companies will be prompted to not only continue establishing new factories in Vietnam but to also start imbuing local suppliers with much more technical and operational expertise in order to support the production of those multinationals in Vietnam,” stated VinaCapital.